Welcome to My Dear Diary, a community for diary and journal lovers

Get Chrysanth Diary for FREE now, we promise that you will rediscover the real sweetness of diary writing again.

We know that sweet memories are sometimes hard to be described with words alone, that’s why we think that a perfect Diary should always allow you to capture your best part of lifes not only in words, but also in photos. In this section, you will see how easy it is to add all your best snapshots in life to Diary.

Diary has an integrated photo album to help you safeguard and organize your photos. In order to manage your photos, you will have to access My Photo section, as illustrated below: 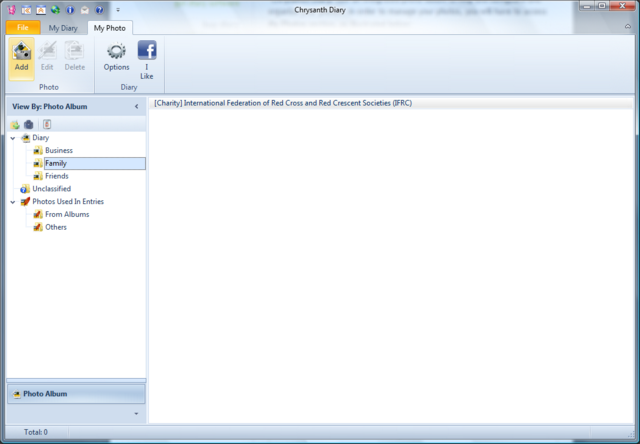 My Photo – Organize your photos together with your diary (Screen)

To add a new photo to the photo album, simply click at the Add Photo button on the top left corner of the window. 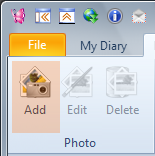 Then you will be prompted with a dialog to browse for the photo to be added. Simply browse to the folder where you keep your desired photo, and add it to the selected album. 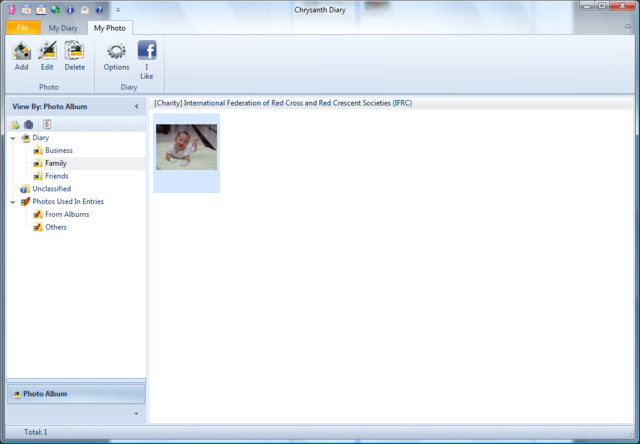 A new photo added to the “Family” album (Screen)

From time to time, you may want to reorganize some of your photos into some new albums. To do so, simply select and click at the photos that you want to move to a new album, then hold down the left mouse button and drag the selected photos to the new target album. You will notice that there is an arrow indicating which of the target album you will be putting the photos in. When you are performing the drag and drop procedure to reorganize the photos, take note that the mouse cursor will change to indicate that some photos are being dragged when it is inside the Photo Album view (as in the highlighted rectangle below). 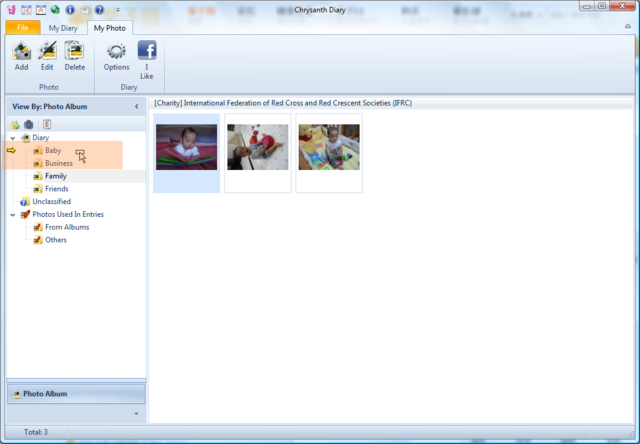